You may never have the opportunity to see all Seven Natural Wonders of the World. A trip to view the Aurora Borealis may be out of your price range, and visiting Zimbabwe’s Victoria Falls could seriously strain your one week of vacation. Luckily, Virginia’s Blue Ridge Highlands has its own suite of natural wonders — sites and phenomena worthy of marvel by even the most sophisticated weekend adventurer. A river that flows north, strange rock formations, a natural crater, and the Grand Canyon of the South – these wonders await in beautiful Southwest Virginia.

Breaks, the Grand Canyon of the South

When the morning fog tears off the Russell Fork River 1,600 feet below the lodge in Breaks Interstate Park, it’s a spectacle to behold. The bluish air slides away, and butter-yellow radiance slips down the wooded cliffs to the frothy river below. Dining room visitors toast the scene with coffee. It’s a wonder worth an early rise.

The five-mile gorge running from Kentucky into Virginia’s southwestern corner is known as “the Grand Canyon of the South.” No matter that this grand canyon is younger, smaller, and clothed in trees, the 1,700-ft. chasm is still the deepest and most remote of all the eastern canyons vying for the title – and one of the most magnificent sights most of us will behold.

During the annual fall draw-down, the Russell Fork’s water comes boiling out of John W. Flannagan Dam to roar through the canyon. Running this river is a brief autumn fling, lasting four weekends in October. To raft here, you need a helmet and experience.

Second only to the Nile River, the New River is one of the oldest rivers in the world, with its present course dating back approximately 65 million years. It is also one of only a few rivers in the world that flow South to North. In addition to the scenic views found along the Southwest Virginia portion of the New River, the river offers lots of outdoor recreation opportunities, including whitewater rafting, kayaking, tubing, and fishing. Fishing is not to be missed in on the New River. Simply stated, the New rivals the James and Rappahannock rivers as one of the best fishing rivers in Virginia. It supports outstanding populations of just about every major freshwater game fish in the state: Smallmouth Bass, Spotted Bass, Largemouth Bass, Rock Bass, Striped Bass, Hybrid Striped Bass, Muskellunge, Walleye, Black Crappie, Channel Catfish, Flathead Catfish, Yellow Perch, Redbreast Sunfish, and Bluegill.

Fairy Stone State Park takes its name from the rare mineral crosses lying on the ground within its boundaries. Found only in rocks once subjected to great heat and pressure, the staurolite mineral was formed during the rise of the Appalachian Mountains. The brownish crystals are most commonly created in an X shape but T-shaped Roman crosses and square Maltese crosses are the most sought-after fairy stones.

Most fairy crosses are tiny, the size of your smallest fingernail. But occasionally a lucky rock hunter will discover one measuring 2 inches or more. Park visitors are welcome to search for fairy stones, but no digging tools are allowed. Use your hands and keep what you find. The little crosses are also available in the park museum and gift shop.

Natural Tunnel, called the “Eighth Wonder of the World” by orator William Jennings Bryan, has been attracting sightseers to the mountains of southwestern Virginia for more than a century. Daniel Boone, who blazed his Wilderness Road past its entrance, was probably the first white man to lay eyes on it. The 10-story tunnel, really a water-carved cave, is the centerpiece of Natural Tunnel State Park. The tunnel runs through a limestone ridge, creating a channel for Stock Creek and now for the rumbling Norfolk Southern coal trains as well. The tunnel opens into a spectacular basin encircled on three sides by 400-foot cliffs.

Park visitors zigzag down the slope on park paths or take the chairlift into the gorge, where they follow a boardwalk to the mouth of the tunnel. Although the active railroad line prevents visitors from following the creek shore through the tunnel, park rangers occasionally lead wading tours through the tunnel, pointing out fossils in the walls.

At a little over 3,000 feet, Burkes Garden is the highest valley in Virginia. Except for a narrow water gap on the northwest, the valley is completely surrounded by ridges up to 1500 feet high. From air, the valley looks like a crater carved out by meteorite impact or a volcanic explosion. The bowl is actually an eroded mountain dome.

Sometimes referred to “God’s Thumbprint,” Burkes Garden is 10 miles wide and filled with some of Virginia’s most fertile farmland. The valley earned its name when James Burke, member of a 1745 survey team, left potato peelings on the ground and returned the next year to find a bountiful crop of potatoes. Fewer than 300 people, most of them farmers, live in grassy swells now designated a National Register historic district. You can see horses, cows, llamas, even Bactrian two-hump camels grazing in the fields. The scenic, sparsely traveled roads make for great bicycling and are the east end of the Heart of Appalachia Bike Route.

Buffalo Mountain is an odd, bald little mountain jutting a thousand feet above the surrounding Blue Ridge plateau. Buffalo Mountain Natural Area Preserve is one of the most significant natural areas in Virginia. It boasts an amazing 14 rare plant species, 2 rare animal species, and 6 significant natural communities, and a mealybug found nowhere else. The combination of high-elevation (3,971 feet), wind-exposed summit glades, and magnesium rich soils make it unlike any place else in the commonwealth. It’s a little bit North, a little bit South, a little prairie, and a small amount bog, all within 1,140 acres.

You can reach the top of Buffalo Mountain by a steep 1-mile hiking trail. Visitors should bear in mind that temperatures may be 15 degrees cooler at Buffalo’s high, windy summit that at its base. 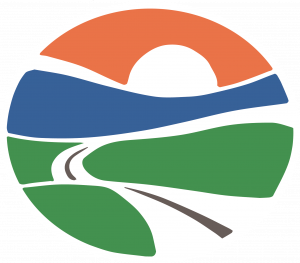